Products and systems for ports and terminals 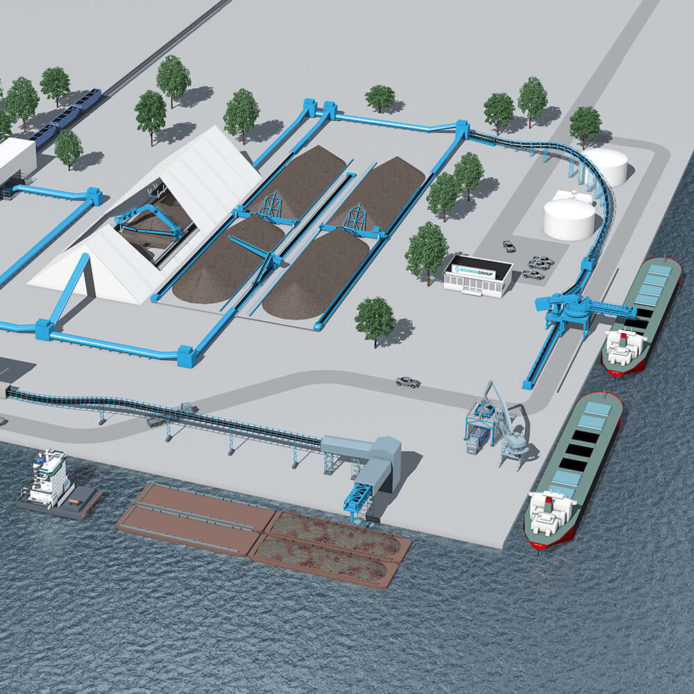 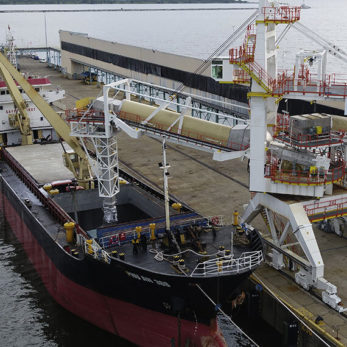 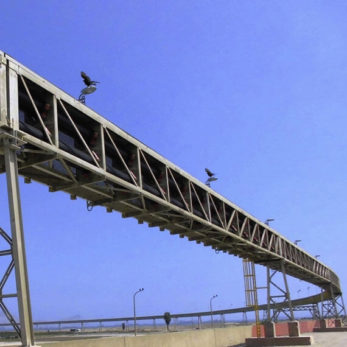 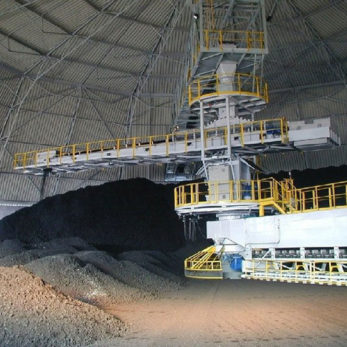 Thanks to the technological development of bulk carriers and the expansion of canals and cargo ports, maritime shipping is by far the most cost-effective means of transporting large quantities of goods and materials over long distances. Our conveying, loading, unloading and storage technology for bulk goods accelerates your logistics processes at terminals, on ships and throughout the port.

THE SEA FREIGHT INDUSTRY IN FIGURES

In terms of the mass of goods transported, sea freight accounts for 90% of cross-border trade. In 2014, sea freight carried 9.84 billion tonnes some 5,340 nautical miles.

From the 1960s to 2014, the volume of sea freight increased fivefold. From the start of the new millennium to 2014 alone, sea freight traffic increased by 70%.

Oil is consistently amongst the most shipped goods, roughly one fifth of sea freight is this essential commodity, followed by cargo containers, which make up roughly 16% of the total. Bulk materials such as iron ore, coal, grain, bauxite and alumina as well as phosphate rock have a combined share of almost one third of all sea freight. Bulk carriers today have loading capacities of up to 400,000 tonnes and the ships reach lengths of up to 350 or 400 metres.

The relatively inexpensive transportation costs of seaborne freight in comparison to air freight and rail transport are driving this rapid growth. In 2014, for example, a TEU container (Twenty-foot Equivalent Unit) with 20 tonnes of freight from China (Shanghai) to Northern Europe cost only 1,160 US dollars. Looking at the capacity or transport volume of container ships alone tells a compelling story. At the end of the 1960s there were just under 800 TEU containers, and at the beginning of the 1990s 4,000 TEU containers, today container ships with a capacity of over 20,000 TEU containers are sailing the friendly seas. International freight forwarders ship consignments either as a partial load of a container (LCL – Less Than Container Load) or the consignment fills the entire container (FCL – Full Container Load). Shipment tracking works by means of GPS.

According to the International Chamber of Shipping (ICS), around 50,000 ships from 150 nations with one million crew members make up the sea freight logistics industry. Five countries control half of the ocean freight volume – Greece (16%), Japan (13%), China (9%), Germany (7%) and Singapore (5%).

Inland navigation transports bulk goods and products on rivers, lakes and canals. Bulk goods such as pulp, fertilisers, potash, phosphates, cement, coal, ore, animal feed and containers are transported via these routes, from the Netherlands to the Black Sea. Bulk goods dominate inland freight transport, making up 70% of tonnage. On inland waterways, too, motorized and towed barges have the advantage of low transport costs. Shipping is also relatively fast – especially for high volumes. It replaces up to 150 lorries and congestion is not an issue either. However, a low watermark may cause delays.

Our expertise: conveyor technology for ports and terminals

Ports and terminals connect mines, processing plants and eventually consumers all over the world. Within these cargo ports, the safe, environmentally friendly and economical handling of bulk materials such as iron or copper ore, clinker and cement as well as various types of grain or fertilisers is of utmost importance. Our bulk handling systems ensure reduced CO2 emissions and minimal particulate loss, while maximising operational uptime and the safety of your personnel.

The loading and unloading processes in the ports have an impact on the delivery time of bulk goods in the supply chain. Clearly, the faster this takes place, the sooner the raw materials arrive at the processing plant. Sophisticated port technology, standardised processes and automation help to increase turnover in ports, terminals and shipping companies. At BEUMER Group, we are specialists in ship loaders, ship unloaders, storage technology and bulk handling. With almost 90 years of experience in intralogistics and materials handling technology, we design and build systems to your exact specifications – anywhere in the world.

Competent engineering, fast and reliable on-site service as well as optimal spare parts supply round out our offering and ensure high reliability of the systems.

The bulk handling system continuously transports up to 2,300 t/h of different ore concentrates from a storage area to the new ship loading system.

Modernisation and increase the performance of the plant between the longitudinal stockyard and the ship loading system.